Nothing like a smoked ham, is there? Well, there is something twice as good, and that’s a Double Smoked Ham.

There won't be any arguments – this will become a favorite for friends and family! It’s the best of all worlds…. smoky flavor, sweet and savory glaze, slowly

roasting in your smoker with cherry and pecan flavor...not an extreme amount of prep and lots of time to drink beer and watch the thin blue smoke float on the breeze. A Double Smoked Ham is special enough for the holidays or any gathering so you know it’s perfect for your Super Bowl Party.

This is what you need...

Of course the star of the show is the ham, but what kind of ham do you want? I always look for a 10 to 12-pound shank portion smoked ham. Just like most things, it can get complicated if you’ve ever shopped for a ham. I try to get one labeled fully cooked, bone-in, water added, ready to eat. Labeling on hams can be confusing and for those who are interested, here's a little Lagniappe to explain what’s what in the world of ham labeling. In addition to the ham, you'll want to have a can of pineapple slices in juice, maraschino cherries and a couple cans of root beer. Before you get started, if you have an injector, you can mix some of the pineapple juice with a root beer and inject it right in the ham. If you don’t have an injector, no problem, there's all kind of flavor here with whole cloves spiked into the ham before we top it with the pineapple and maraschino. (this could give you an excuse to buy that injector you've been wanting anyway!). A sweet and savory glaze of brown sugar, apple cider vinegar and yellow mustard is poured over the whole thing while the ham hangs out absorbing all that great smokey flavor. While you're figuring out where everything is, make sure to take the ham out of the fridge at least an hour before you start. Oh, don't forget the toothpicks to keep the pineapple and cherries in place.

First...you have a beer. The ham will come vacuum packaged. If you have an injector and want to squirt some extra goodness right into the ham, just leave the ham wrapped a

nd stick the needle right through the plastic wrapper. It won't make as big a mess that way as the wrapper will hold any of the liquid that wants to get away.

Open the can of pineapple slices and pour the juice out and add a can of root beer, mix this together and use for the injections. Let the injected ham rest while you get your smoker set up in the normal way that you do it. There are all kinds of smokers, so I'm sure you know what you need to do in that regard but you'll be shooting for a target pit temperature of at least 275 degrees. If you can smoke along between 275 and 300 degrees for most of the smoke you'll be just right. Some combination of apple, cherry, pecan or hickory chunks are great for this.

While the smoker is getting up to temp, time to finish prepping the ham. How’s your beer? Take the ham out of the wrapper and set it in a disposable aluminum pan that fits on the smoker, or whatever pan you'll use to smoke it. Its best to use a roasting pan to capture the juices as it cooks. Trim off any

hard skin on top and some of the excess fat, but leave about ¼" of fat and the hard skin still around the shank bone on the bone end. Once it's trimmed, take your sharp knife and cut a cross hatch over the top about ¼" deep. Stick a whole clove in the intersection of each cross hatch. You're almost ready to place it on the smoker, but first pour a can of root beer over the top of the ham, making sure that you get some on all the exposed surface. Now you're ready, if the smoker is ready.

It will make things a lot easier if you have a probe thermometer that can be left in the ham while it’s on the smoker. The ham will be ready when it hits about 140 degrees internal temperature but I like to take it to 145. Remember, the ham is already cooked (as long as you got fully cooked ham) so you're not going to screw this up. By taking the ham out of the fridge early, it helps get the ham closer to room temperature so it cuts down some of the time on the way to 145 degrees IT. As you know, every smoke is different but it should be somewhere around 30 to 40 minutes per pound.

So, place the ham on the smoker, have another beer and get the rest of the ingredients together. Set the pineapple slices and the cherries where you can get them and mix up the ingredients for the glaze, set that aside and let the flavors meld together. When the internal temperature of the ham reaches 110 degrees, take the ham off the smoker. Baste the ham all over with the juices that have accumulated in the pan.

Pour the glaze over the top and make sure some of it gets on every spot of the ham. Return the ham to the smoker, adjust the air vents open a little more so the temperature increases to about 350 degrees. Continue to monitor the internal temperature. When it reaches 140, verify the temperature with an instant read thermometer in a few places on the ham. If you pull it off at just over 140, cooking will carry over to about 145, so you got it. Take it off the smoker, baste it really well and put a tent of aluminum foil over it. Let it rest for about 30 minutes before slicing it.

One of the great things about a ham is how many things go well with it. You can slice it and just leave it out for people to eat it like it is, or make sandwiches on some nice French rolls with a spicy mustard or chutney. It goes great with black-eyed peas, potato salad, pork and beans, and coleslaw. Here’s another of my favorite slaw recipe. Another great thing is that it just keeps giving. You'll have leftovers, so be creative. Ham and eggs is my

favorite, but you can have sandwiches, use it in soups, grind it for stuffed peppers...endless possibilities. What are some of your favorites? And don’t even think of throwing out that ham bone. Red Beans and Rice, baby. They are the best seasoned with a ham bone!

Don't have a smoker?  No worries, you can bake the ham and it is nothing short of fabulous...check out the recipe here. 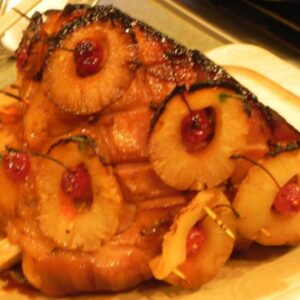 Take a smoked ham and throw it on the smoker..you've got Double Smoked Ham. Delicious smoke flavor accented with a sweet and savory topping of pineapple slices and cherries covered with a sugary glaze. This will be very popular!
4.84 from 6 votes
Print Pin Rate
Course: Main Dish
Keyword: smoked ham
Author: Sweet Daddy D

The ham label should say fully cooked, water added, ready to eat. The ham will be cryowrapped and, if injecting, should be done so while still wrapped in the cryowrapping.
« Simple Sauce Meunière
Chicken Marsala »
108 shares 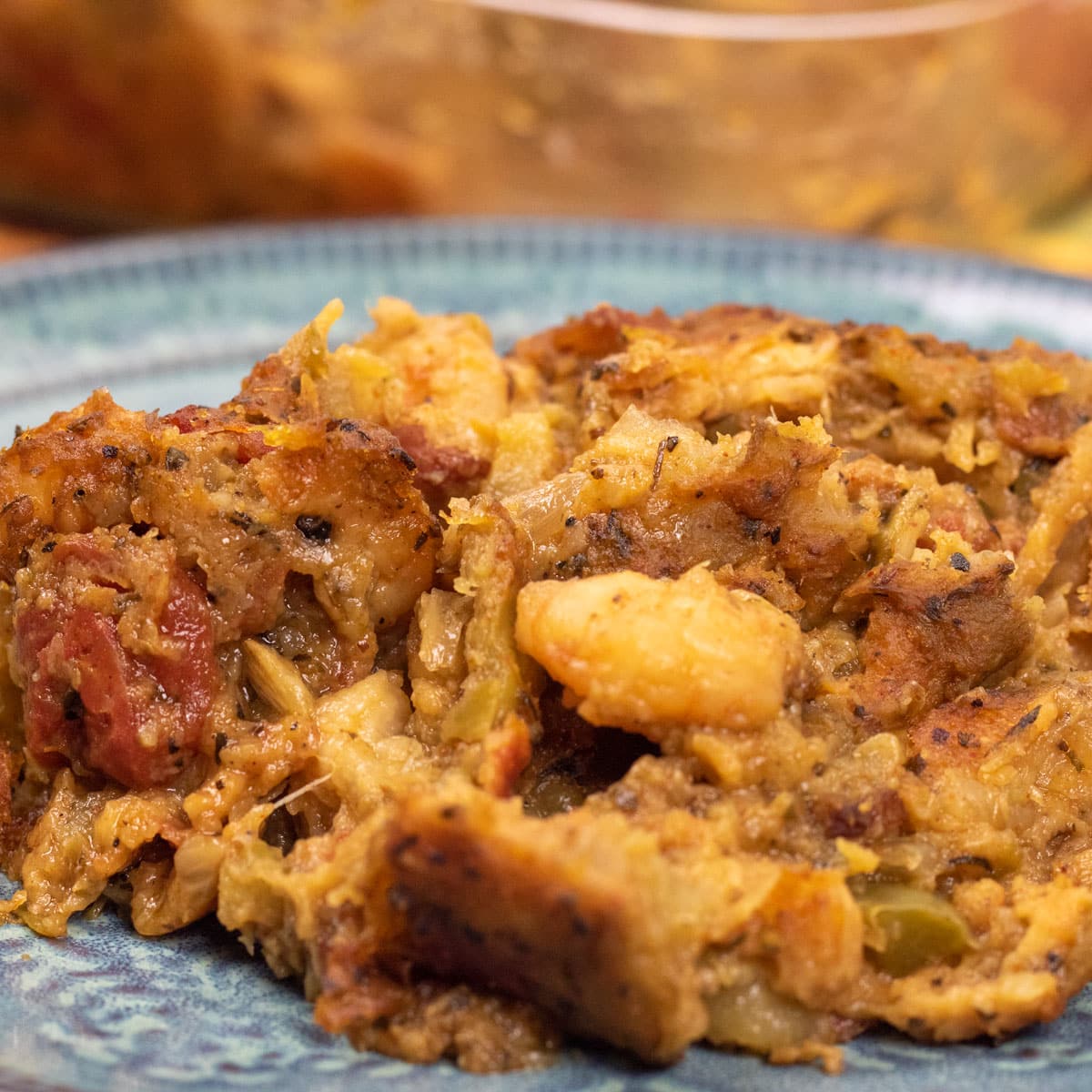